The first 24 hours in Thailand have been, in a word, overwhelming. My plane landed at 11:00 PM and after making it through customs and nearly dying from the weight of my backpacks while I stood in line, I finally made it out. And that’s when I realized I have no idea what I’m doing. I hired a cab from the airport, and the lady at the counter asked where I was going and said “only one?” Yes, just one.

I arrived at my hotel around midnight and was greeted by a lovely Thai woman who again inquired, “only one?” Yes…just one.

The hotel was great, and after 22 hours of travel I was grateful to finally have a quiet place to relax.

Despite my exhaustion, jet lag got the best of me, and I awoke at 5:00. By 7 i was down to breakfast (where I was again greeted with “only one?” Yes…just one. Still). After a quick meal of toast and fruit, I got ready to explore. 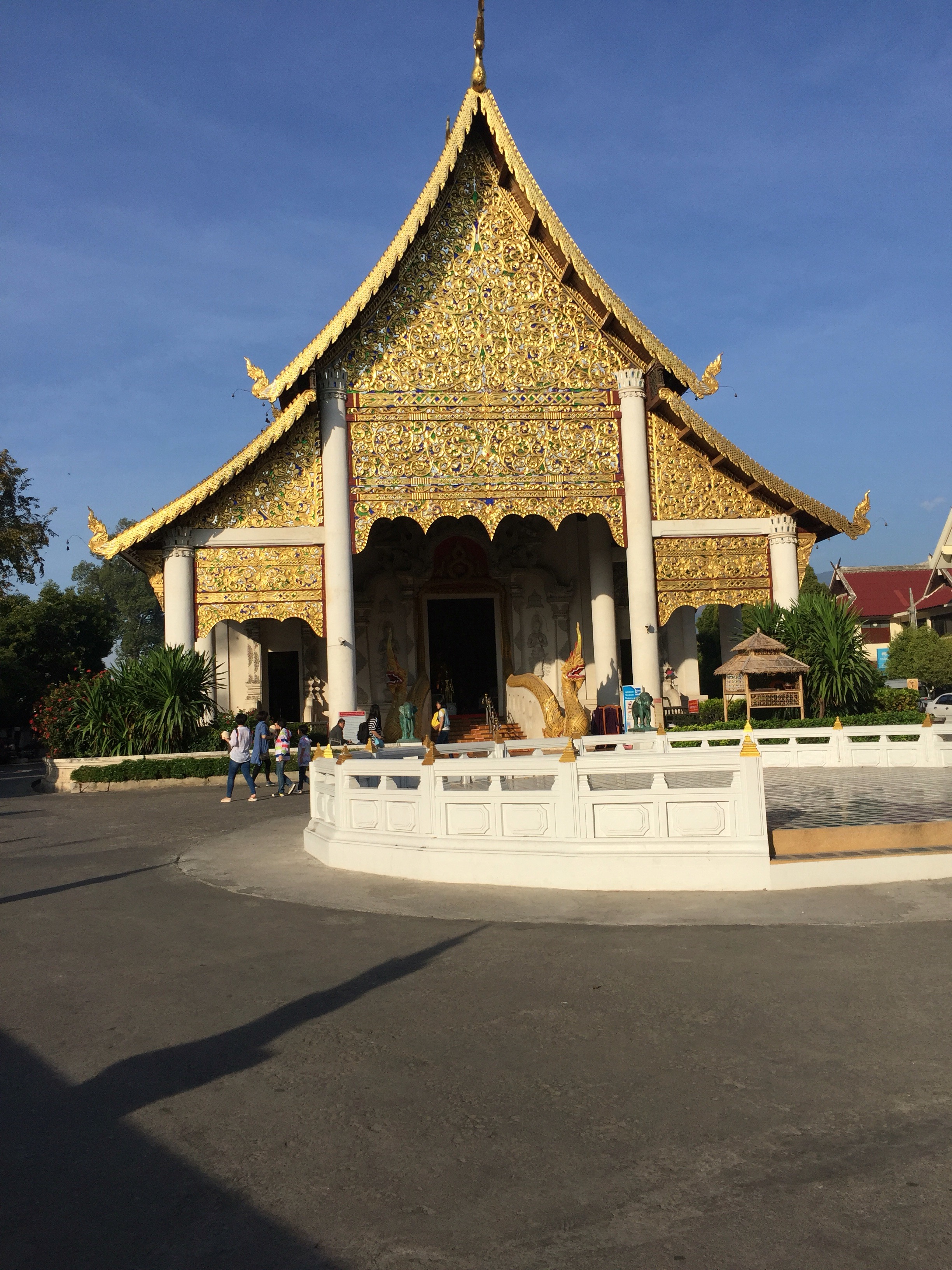 I wandered down the street, attempting to follow a map the hotel receptionist had given me, and stumbled upon that temple (or wat) above in about 2 minutes. Turns out Chiang Mai has a lot of those. 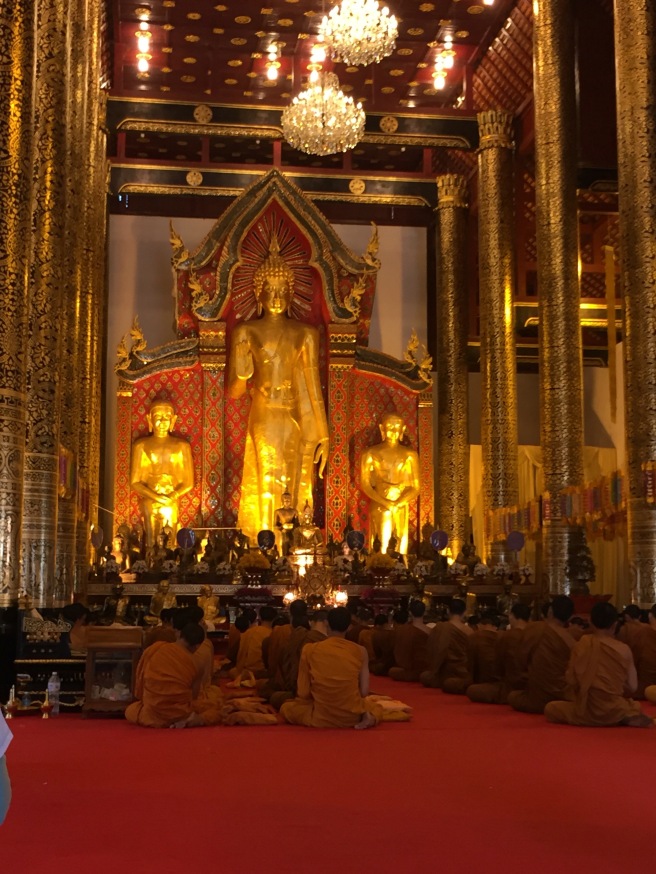 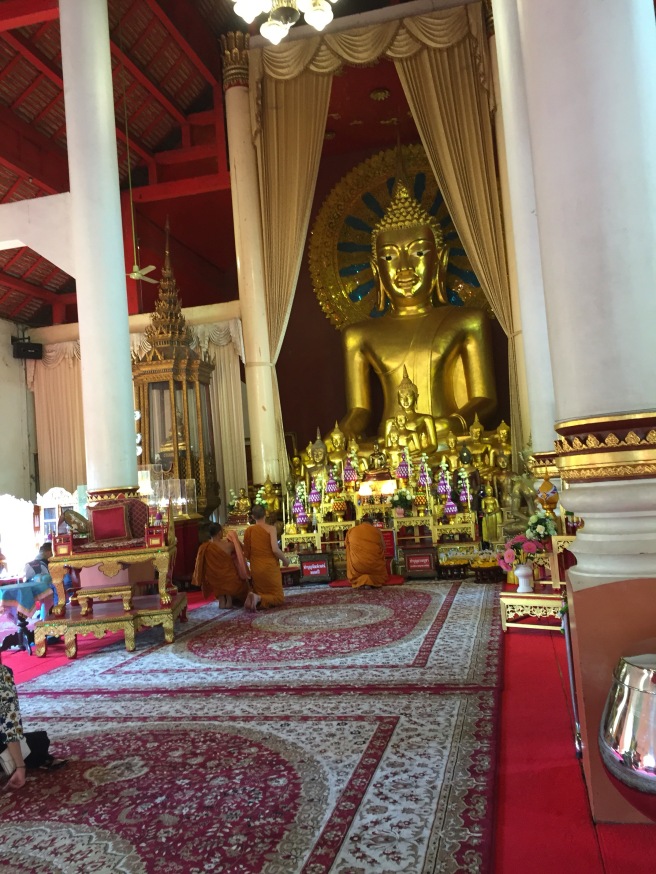 It was interesting to see the importance of Buddhism here. It reminded me a lot of living in Italy and seeing duomos everywhere, in a country where Catholicism pervades the culture. It’s an interesting juxtaposition to see two drastically different cultures both so centered on places of worship.

I wandered around the city for most of the morning, failing miserably at following my map and getting lost about a million times. The nice thing about the old city is it’s a big square surrounded on all sides by a moat. So typically I knew I had gone too far when I ran into the moat. So I’d turn around and go back the other way and usually run into a different side of the moat. This went on for like 3 hours…

I have trouble navigating my way around Seattle, even after living there well over a year. It’s not remotely surprising to me that I couldn’t find my way here. After about 4 hours of getting lost, I returned to my hotel and began to wonder what exactly I’ve gotten myself into. Sometimes I don’t think things through all the way (ok I never think things through) and it really didn’t occur to me much that I might find myself overwhelmed and lonely upon my arrival.

I moped around for a while and then decided to suck it up and stop being a baby. So back out into the chaos I went, this time heading straight for the nearest bookstore to buy a proper map. Then I found some lunch, and things started looking up. The lady at the restaurant I went to of course asked “are you alone?” (But hey, at least she switched up the wording). Apparently tiny blonde females just don’t go to Asia alone often enough.

Overall, the day was exhausting, but good. Hopefully from here on out I will spend a little less time being lost. As unnerving as it is to be alone in a foreign country, I think it’s going to be a lot of fun.  Here’s a few more pictures from day 1: 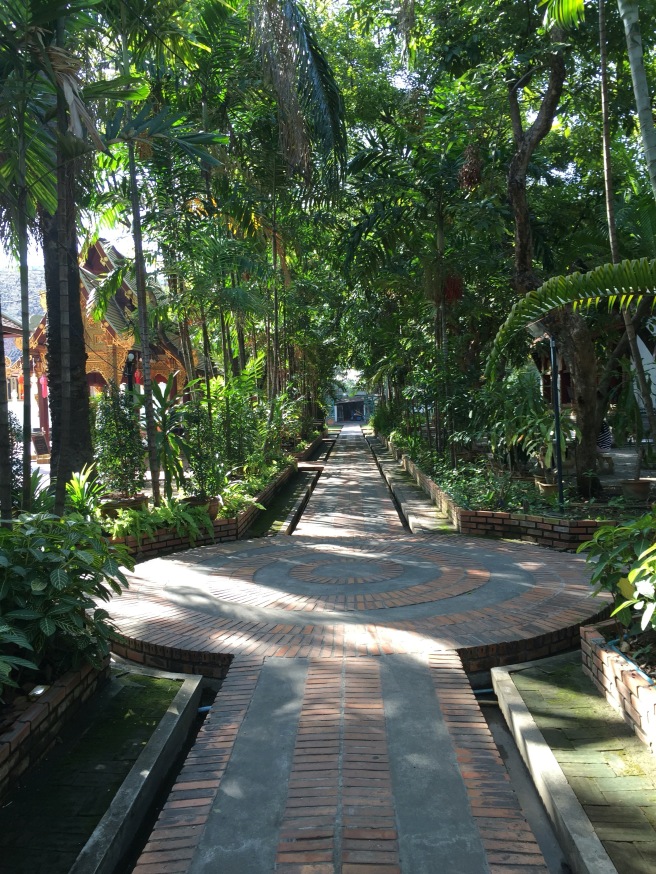 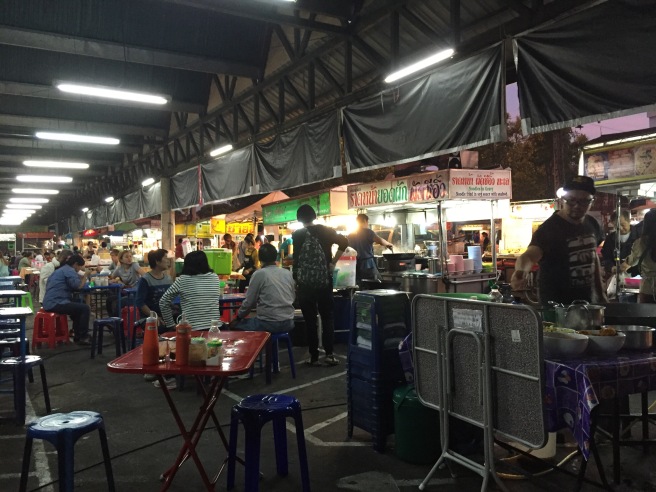 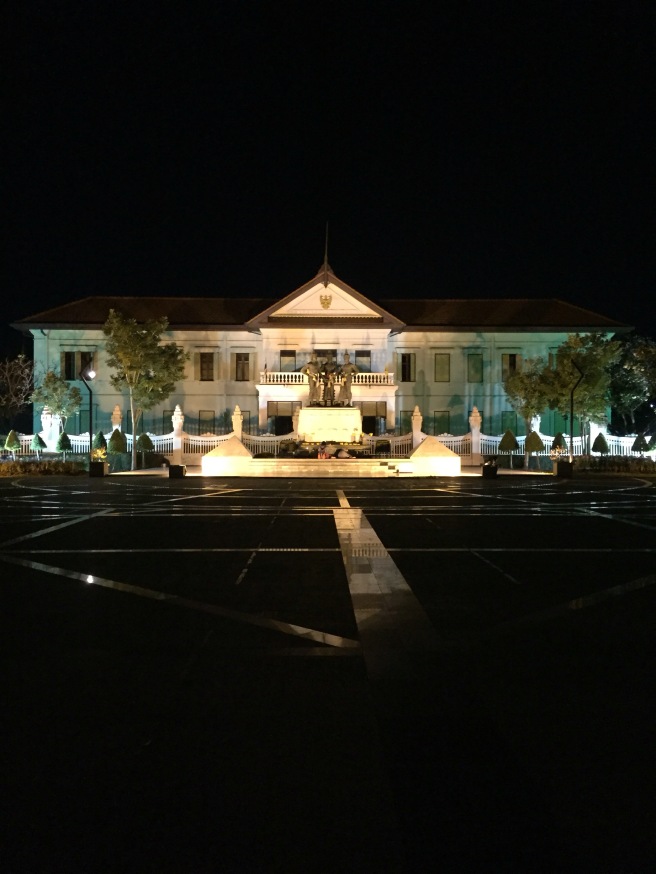 So that’s my first day. Stay tuned for more misadventures. I’ve got a feeling I’ll be collecting some good stories here!

2 thoughts on ““Only one?” A summary of my first day in Thailand”

I'm a writer based in San Diego, CA. This blog is my way of sharing the stories of my life with the world. Thanks for reading!